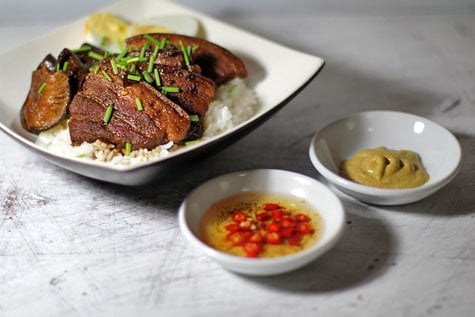 Having previously made Chinese braised pork belly, Ren wanted to see if there was an equivalent in Japanese cuisine. Sure enough, there was. Well, sort of. Called Buta No Kakuni, it’s a dish that’s likely Chinese in origin, but belongs to a unique style of Japanese-Chinese cuisine served by Chinese restaurants in Japan.

Of course, she wasn’t content in merely following the recipe, so she added her own Reneelicious twist. In keeping with her newfound obsession for all things dhungar, she smoked this mother to give it that deliciously charred flavor that would make any Awadhi cook proud. If you’re wondering what dhungar is, it’s an Indian method for quick smoking food that you can read more about HERE.

Her second dhungar dish in as many days with plenty more promised for next week, it looks like she’ll be keeping true to her word of wanting to smoke anything and everything that she can get her hands on. Having once been a reggae-listening hippie-slacker who attended less than half of his classes in college, I can certainly relate. 😆 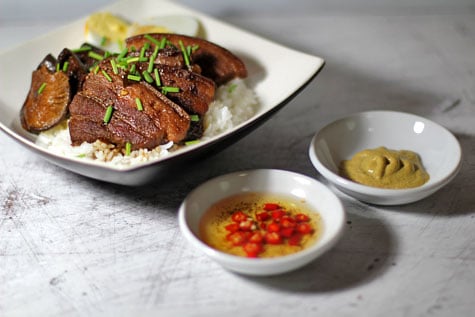 Served with a side of spicy brown mustard and mitsukan rice vinegar with diced red chilies. Dee-licious! 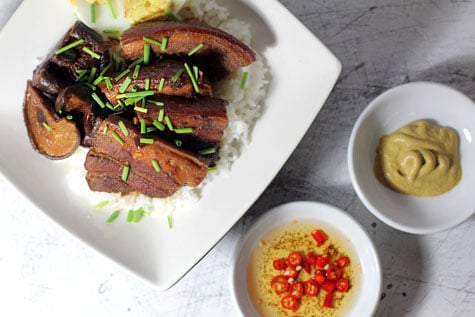 That the term kakuni, literally means “square simmered”? Chūka, which literally means “Chinese food”, is the adjective for Japanese style “Chinese” dishes, or the restaurants in Japan which serve them.