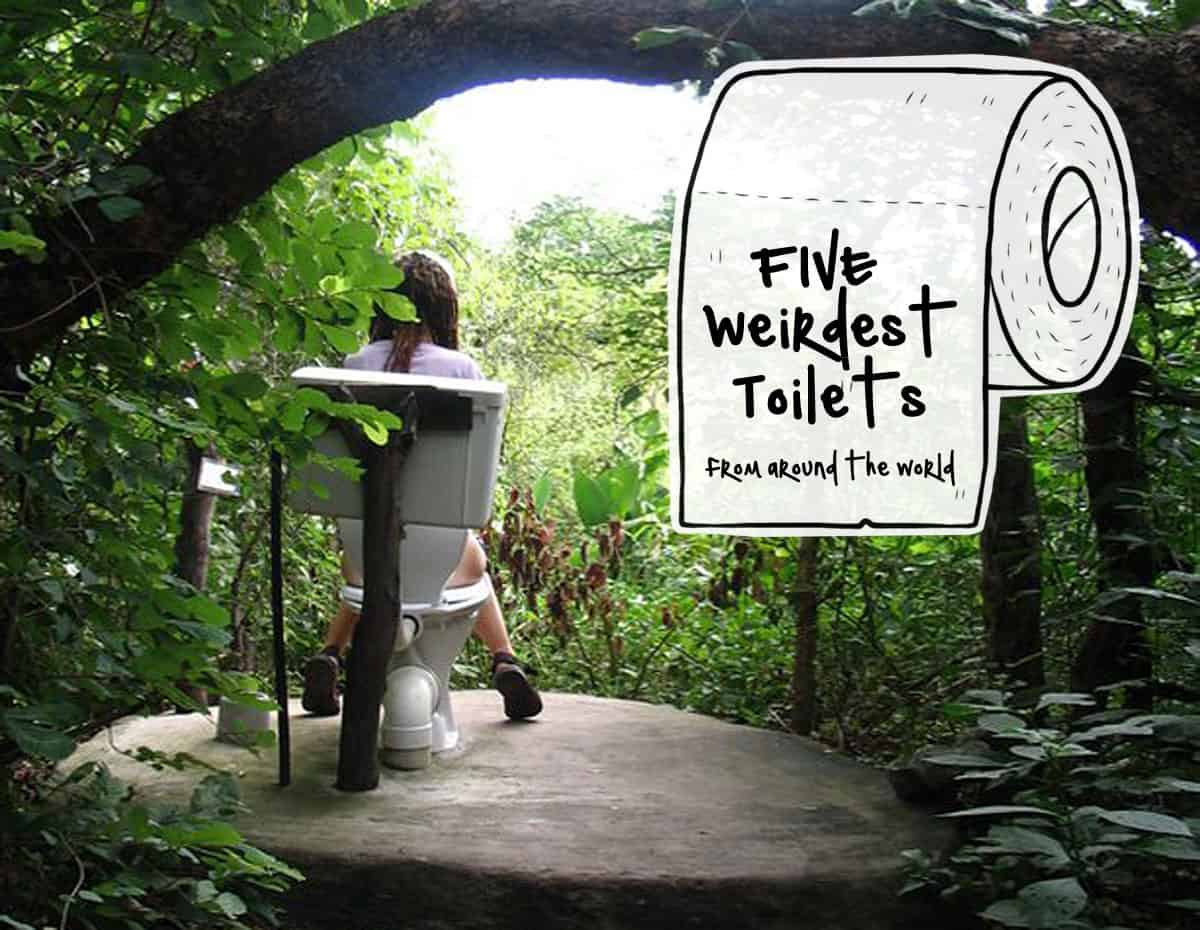 GUEST POST: A little toilet humor from S. Bedford, author of “It’s Only the Himalayas and Other Tales of Miscalculation from an Overconfident Backpacker”.

“But what are the bathrooms like?” This might seem like the worry of a 50-something-year-old woman, and I once poo-pooed the query (as it were) whenever it was posed by my mother—whose overactive bladder means she knows the location of every loo along Toronto’s subway line. Now that I’ve backpacked 50 countries, however, I realize it’s a legitimate question that occasionally yields terrifying responses. Here are the five strangest toilets I’ve encountered while traveling.

My first true overseas excursion (excluding all-inclusive resort vacations with my parents) was a trip to Japan with my high-school. One of the first culture shocks I experienced was in the bathroom: the toilets not only come with a remote control panel but also hum to life as soon as you sit down. Too wary to experiment with the buttons while seated, I selected one at random while standing at a safe distance. Nothing happened. Realizing the toilet wasn’t “on,” I placed my hands on the seat and leaned in so my weight would activate it. Suddenly, a tiny periscope-seeming tube popped out of the bowl—and proceeded to drench my face, the walls and the ceiling with water. Guess that was the bidet function…

I was on a tour of Tibet when the bus suddenly pulled over to the side of the road so we could relieve ourselves. Amidst the tundra nothingness was an odd structure: a wooden platform 10 feet high with a ladder and topped with a half-wall. As the rest of us stared in bemusement, an elderly Chinese woman scrambled up the ladder, ducked behind the half-wall, and emitted a few tell-tale noises. Then a singular turd free-fell through the air to splatter on the earth below. It’s been six years, and I’m still seeking an explanation for this one.

Located in a campsite within the African jungle, this washroom lives up to its name. A partition indicating when it’s occupied divides it from the footpath, yet the toilet itself is a free-standing throne surrounded by forest facing outwards onto a grassy plain where animals skulk, frolic and presumably likewise relieve themselves. To think: I used to suffer from a shy bladder when another human meandered into the public washroom…

4. When Even “Outhouse” is a Glorified Term (Nepal)

I was trekking to Annapurna Basecamp in the Himalayas with my friend and our fathers when we all contracted food poisoning. Being sick in a teahouse with the architectural stability of a Jenga game a multi-days’ walk from any medical facility is bad; having to use the squat-and-bucket-flush facilities in a creaking shack teetering on the mountainside is worse. Don’t order the noodle soup, folks.

Camping in the Okavango Delta is terrifying enough, what with the Big Five—lion, elephant, Cape buffalo, leopard and rhino—lurking in the fecund shadows. But when you have to venture beyond the (presumed) safety of your nylon tent in the middle of the night to relieve yourself, the danger is real. This is demonstrated by the rule of journeying to the “bathroom” (aka the designated dirt pile and accompanying shovel) in pairs, so if one person is attacked the other can run for help. I’m not going to lie, I just peed behind the tent. Yep, that’s what that smell is.

0shares
There are 2 comments for this article