Pavlova is a meringue-like dessert made from egg whites beaten stiff with caster sugar and cornstarch, baked just enough to have a crisp outer shell but a soft, gooey inside (unlike a meringue, which is usually solid throughout). It is topped with whipped cream and fruit, especially kiwifruit and summer berries. 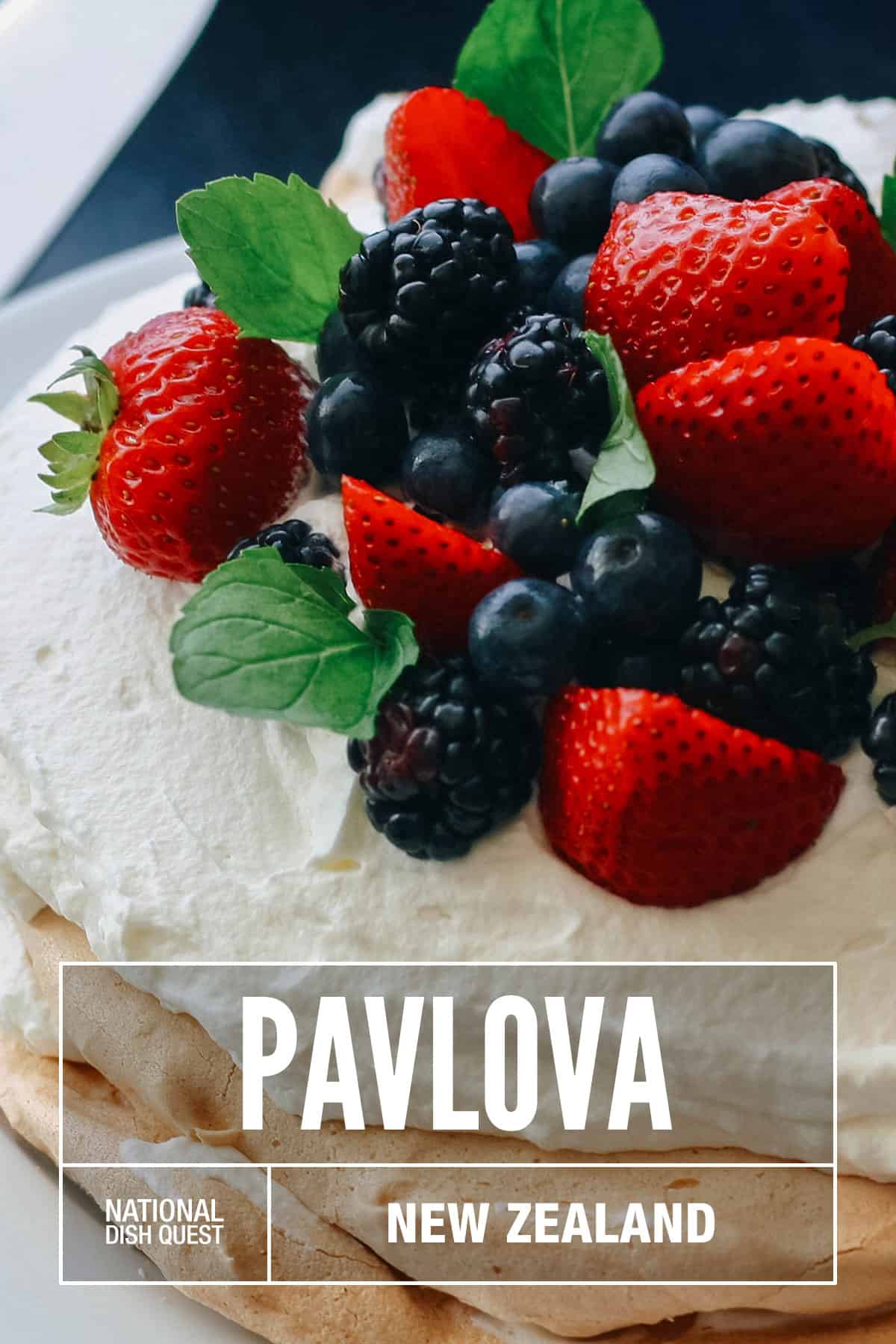 Photo by ponce_photography via Pixabay

The fuss-free preparation and all-natural ingredients in the “Pav” is like the country’s slogan itself: 100% Pure New Zealand. It is purity without pretension on a plate, making it beloved by all kiwis and a permanent fixture in celebratory and holiday dinners.

It’s no wonder, then, that the Pav is one of the things in this world that New Zealanders — my husband, Jeremy, included — will staunchly defend to be Kiwi and not Aussie. (It was with undisguised glee that Jeremy saw pavlova to be (correctly!) classified by the Traveleaters as being a New Zealand National Dish.) 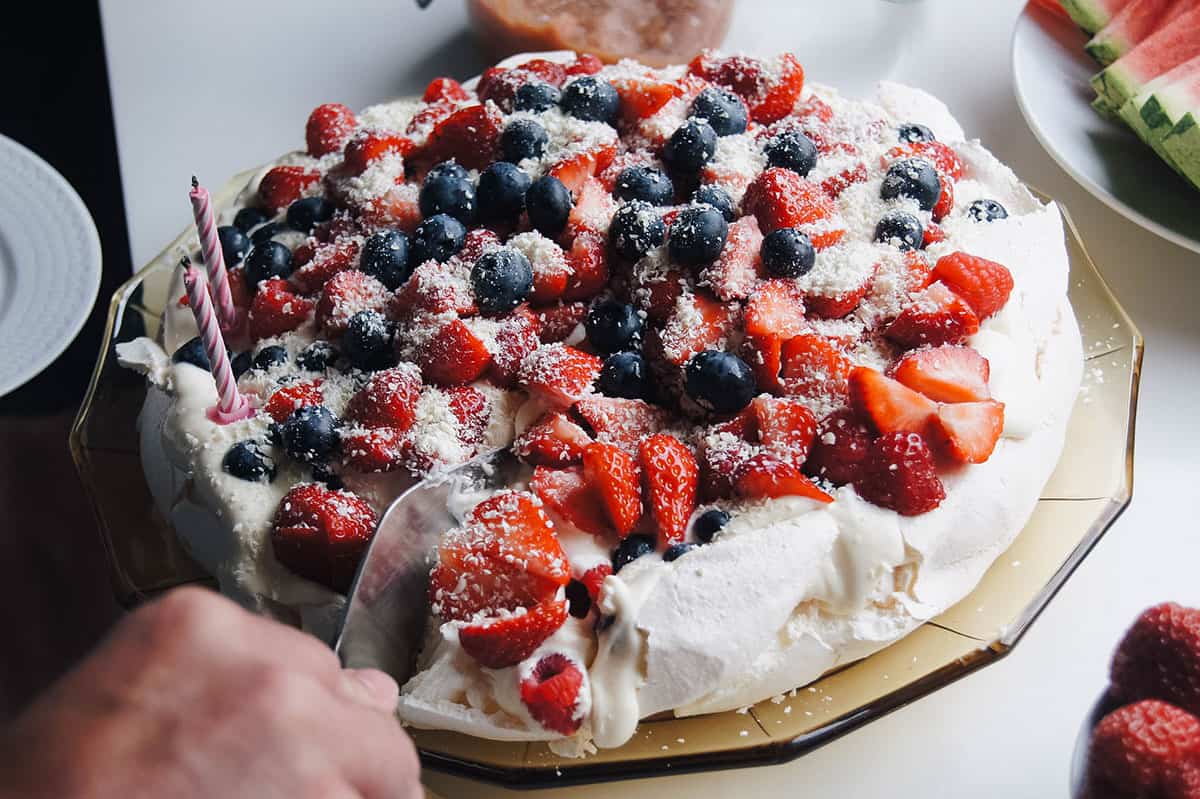 “Pavlova” by Ole Husby, used under CC BY 2.0 / Processed in Lightroom

For decades, the debate raged as to the origins of this dessert. While the southern hemisphere rivals agreed that the Pav was named after Russian ballerina Anna Pavlova, who toured New Zealand and Australia in the 1920s, they couldn’t agree on who invented it.

But in 2010, no less than the Oxford English Dictionary credited the first written record of the pavlova recipe to New Zealand, apparently settling a debate that has raged for almost a hundred years. (At this point I should caveat that the OED, perhaps fearful of the wrath of proud Australians, also ambiguously listed the “origin” of the dessert as “Australian and N.Z.” — but let’s not go there. Or else I’ll never hear the end of it from my hubby.) 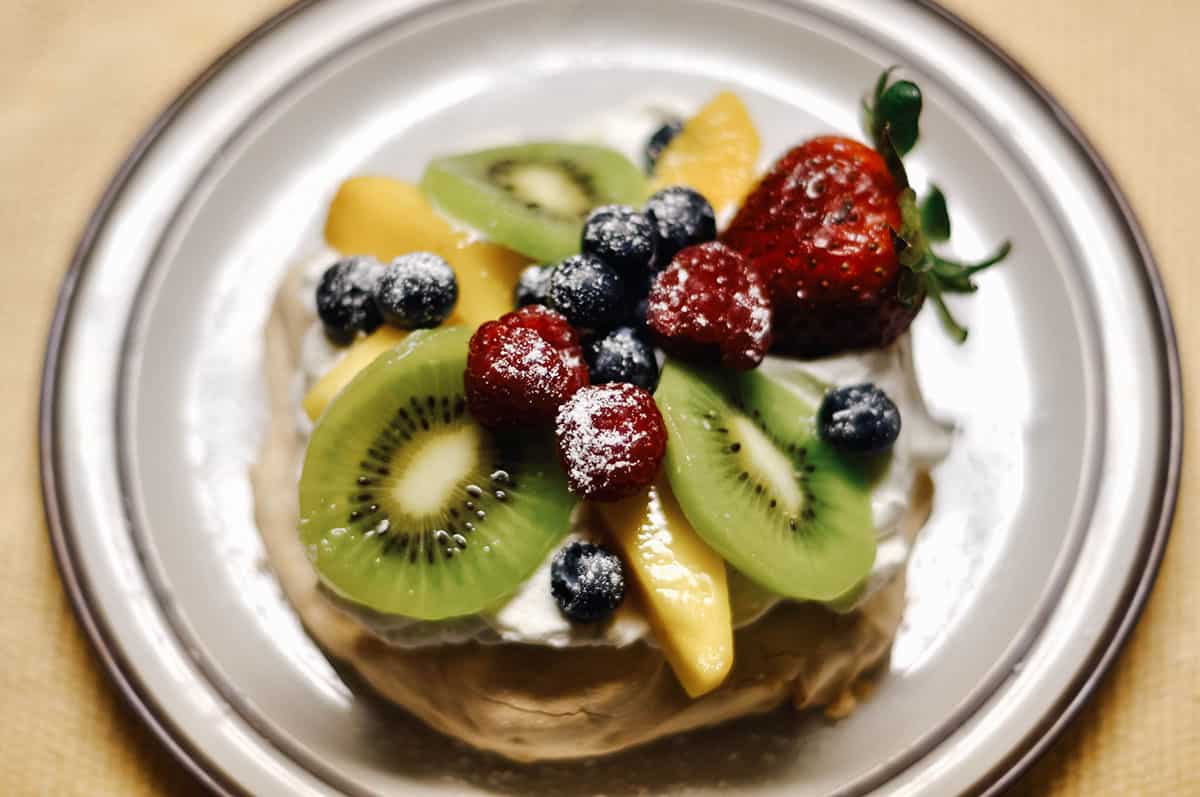 “Individual Pavlovas with Fruit” by Kimberly Vardeman, used under CC BY 2.0 / Processed in Lightroom

In honor of all things Kiwi, below is an easy, tangy-sweet Blueberry and Lemon Curd Pavlova recipe from the much-loved New Zealand chef Nadia Lim, winner of the first Master Chef New Zealand title and now a television personality with a growing lifestyle empire (think: multicultural, millennial Martha). Enjoy!

HEADER IMAGE: “down under dessert” by William Brawley, used under CC BY 2.0 / Processed in Lightroom

I don’t know what it is, but I’m a kiwi that just doesn’t rate pavlova... it just disappears in your mouth and barely feels like you’ve eaten anything... give me hearty warm pudding any day

I totally understand what you mean Jen! It's a texture thing. I feel the same way about texturally similar desserts we have like canonigo and brazo de mercedes. I just can't get into to it because of the airy texture. :)