EDITOR’S NOTE: Traveleater Thomas Hicks is an exotic beach vacation expert who spent some time in Malta doing backflips into the Meditteranean and eating cheese pastizzis.

For the better part of a decade, my morning ritual consisted of a backflip into the Mediterranean followed by a black coffee and a pastizzi. It was a simple way to start a simple life in Malta. Wake up, hit the coffee machine and a couple minutes later hop in the elevator. The flat was located directly across the street from the water. From closing the door of my third floor apartment to splashing into the sea, took on average about a minute.

Next door to the building was a pastizzeria on the ground floor. It was manned by my friend Joseph. He spoke no English other than “Good Morning”. In the endearing, but incredibly stubborn way the Maltese have, he had no intention of learning to speak any more English than absolutely required.

For more than 5 years he said “Good morning, Dave” to me. My name is not and has never been Dave. After I jumped into the water and floated around for a bit, I would get a couple pastizzis on the way back home. 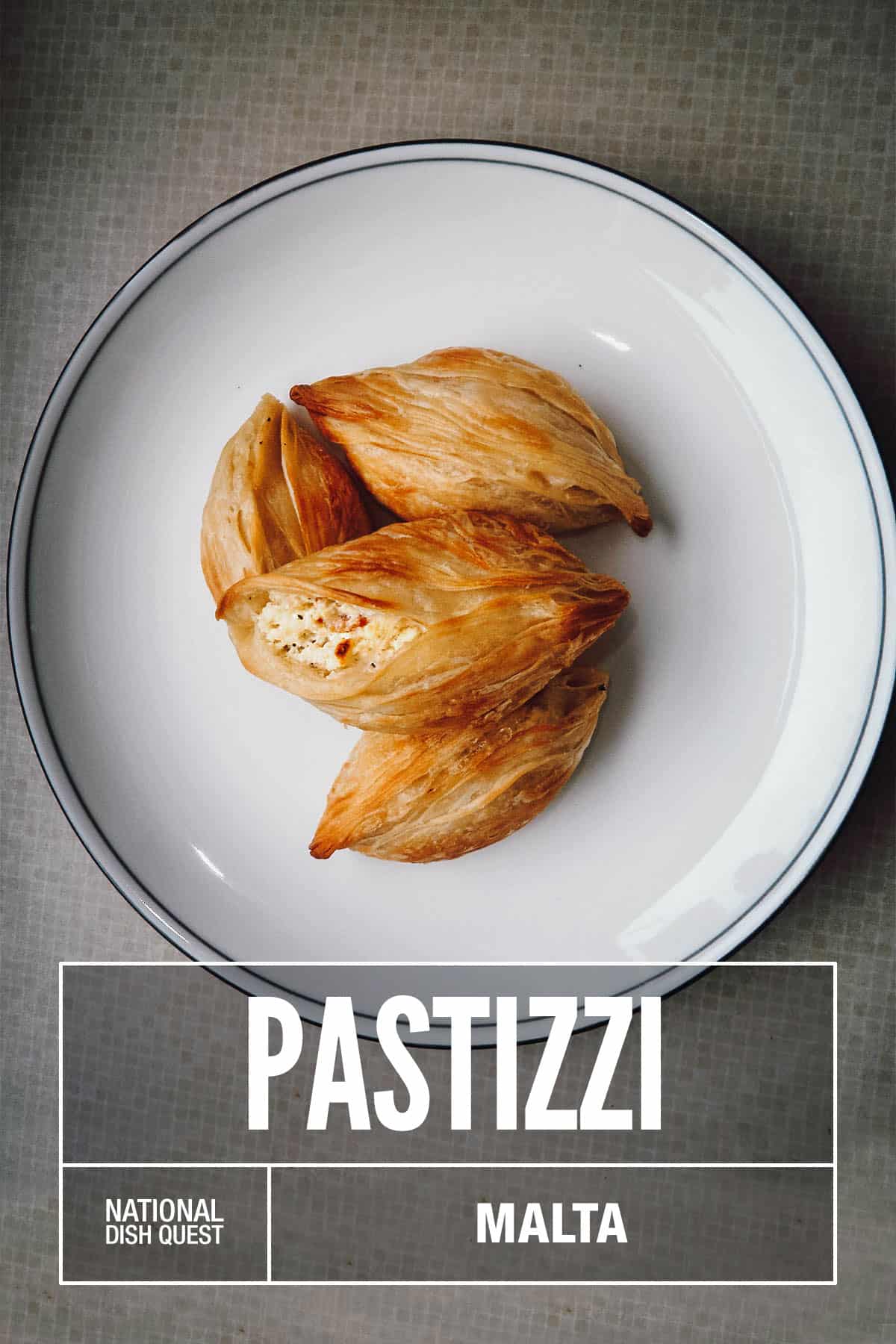 Photo by Maltese-Foods via Pixabay

WHAT IS A PASTIZZI?

A pastizzi is a Maltese dish that comes in 2 varieties, either cheese or pea. A pastizzi is incredibly cheap and delicious. It costs 35 euro cents each in Sliema, the high rent district of the island. In the middle of this sleepy island, just 100km or 60 miles from Sicily, prices are significantly less. Obviously, a pea pastry sounded completely ridiculous to me, so I only ate cheese pastizzis. 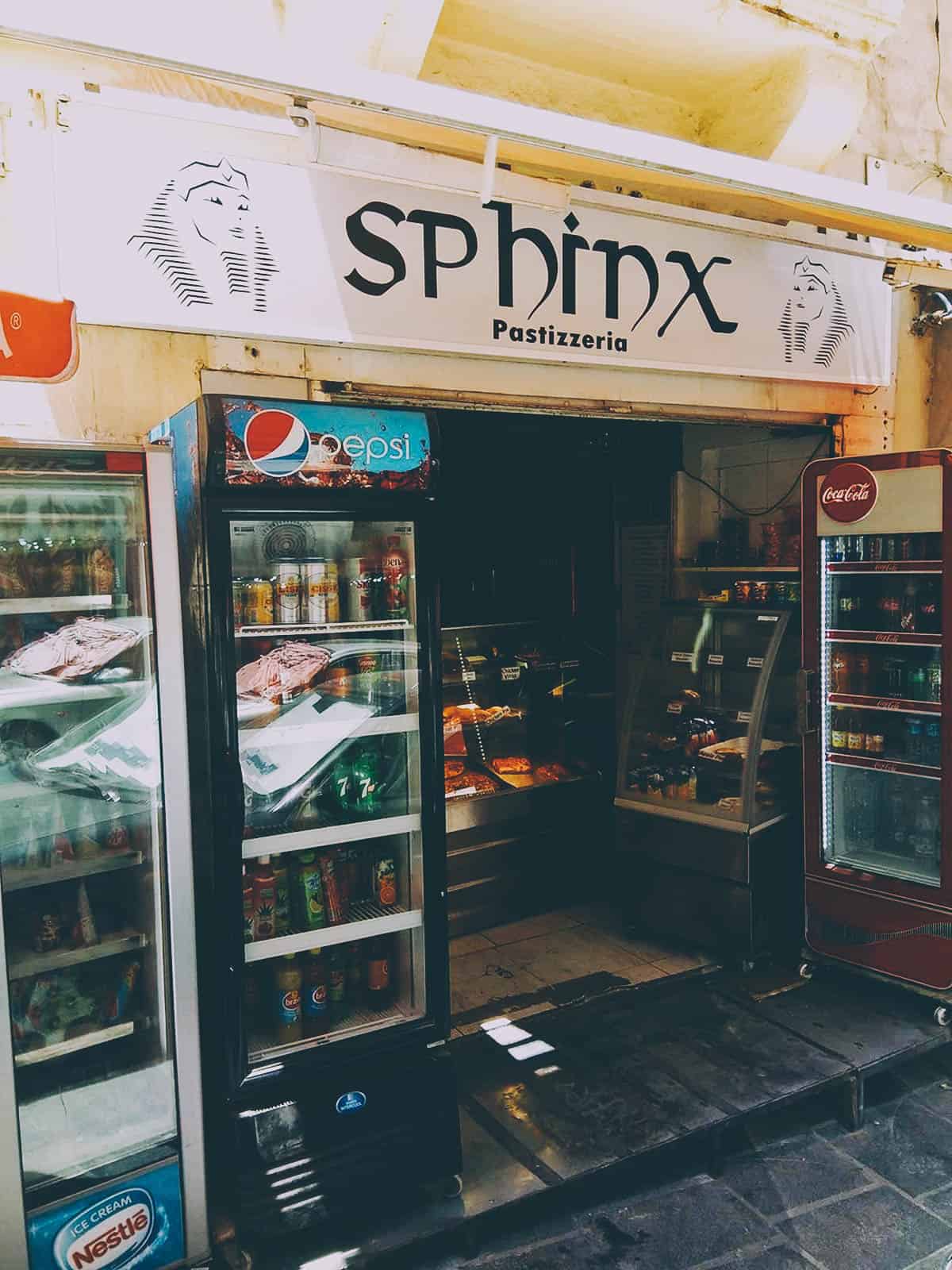 A pastizzi is not the healthiest item in anyones diet. It is quite greasy and not very good for you. So much so, in fact that Malta has one of the highest rates of diabetes per capita in the world. The population also boasts the highest incidence of obesity in Europe. There is some correlation here, but that’s way out of my pay grade. 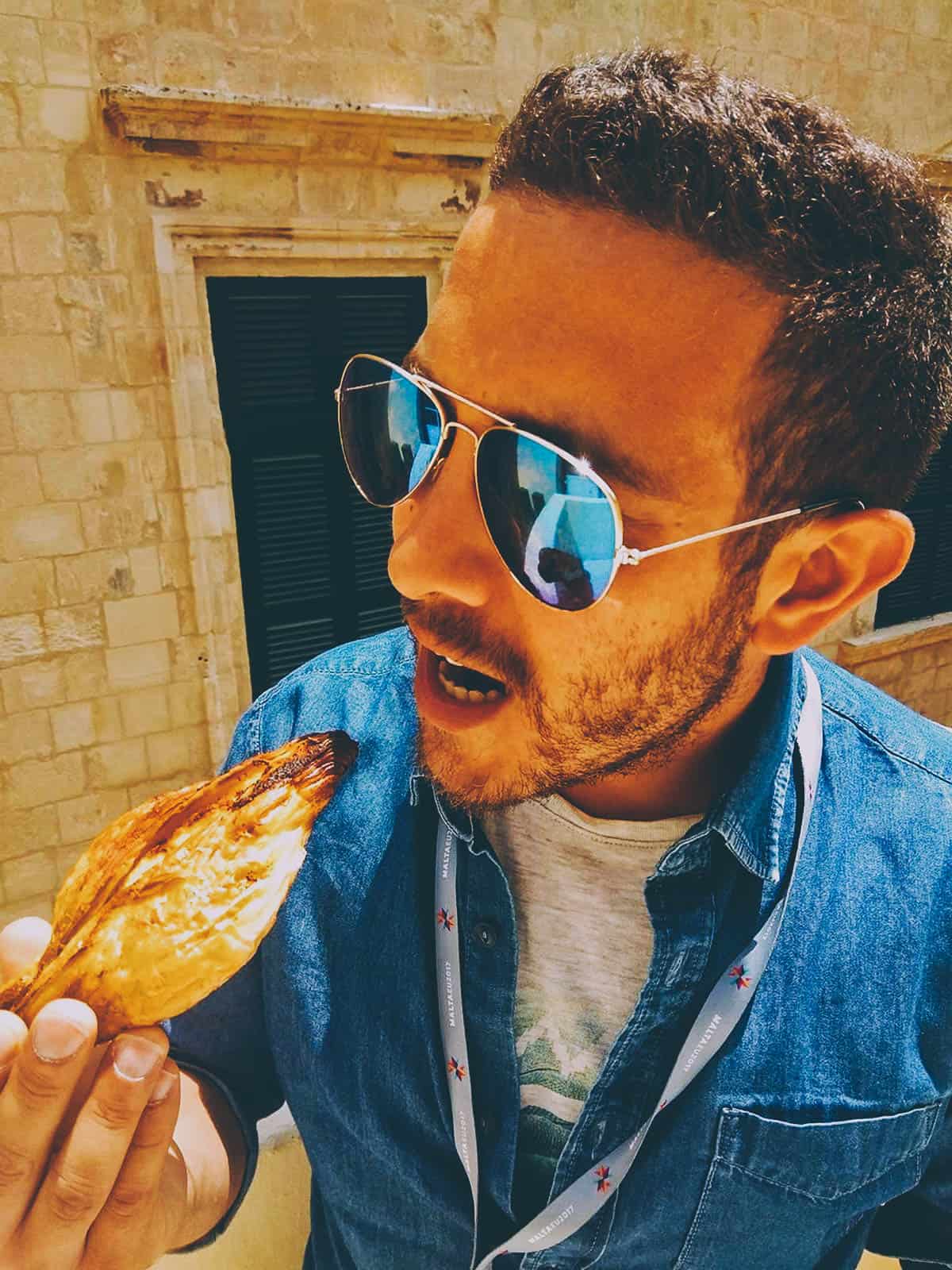 In addition to these little cakes, the pastizzerria also had hot ham and cheese sandwiches, a type of rice ball called,Timpana and horrible leathery slices of pizza. They sold beer, soda and water. Coffee was not an option at a place that sold breakfast food. The Maltese aren’t the best capitalists in the world, but you can make a pretty good case for them being the best neighbors. The island had no crime to speak of, until joining the EU.

Later in the day, this pastizzeria would have a number of people standing around on the sidewalk drinking cold cheap beer. As I would approach, Joseph would greet me as David. Honestly, I got a kick out of it and my friends thought it was hysterical. Eventually, a Maltese friend explained that my name was Tom on some hot summer day. That’s about when the magic of Malta started to wear off for me and I tried the pea pastizzis.

If you find yourself on this lovely little island, by all means try a pastizzi in the morning. The other famous dish in Malta is rabbit stew. I found that over-rated at best.

As an English girl who lives in Australia and partnered with a wonderful Maltese man, I have been to Malta many times and I have never come across a Maltese person that doesn’t speak English! I love the country and it’s people.

Why is the one with peas ridiculous? Did you try it? It’s called Pizelli and you spent all that time there and didn’t try. Rule number one - always trying before bashing it. Pizelli’s happen to be delicious.