“Hey there copycats, if we’re ever in a room together, I will be able to look you in the eye. Will you be able to do the same?”

That was the exact tweet sent by Cronut inventor Dominique Ansel as a stern warning to all the imitators that have been copying and profiting from his creation worldwide. With the term “Cronut” trademarked and closely guarded by Chef Ansel, countless imitations have been cropping up everywhere, from Zonuts, to Bronuts, to Croughnuts, to Crodough. The list getting longer by the day, it’s clear that the world’s gone crazy over Cronuts, and I can see why.

Though my first experience with a Cronut copycat didn’t blow me away, I can understand its appeal. When Ren first told me about it, just the thought of someone combining a croissant with a doughnut sent my imagination racing. A pastry with the flakiness of a croissant, but the fluffiness of a doughnut? Pure fucking genius man. And it didn’t hurt that the name Chef Ansel came up with is so darn catchy. Cronut. It just rolls off your tongue.

In honor of Dominique Ansel and his innovative creation, Ren decided to try her hand at making her very own Cronut, which we’ll call cro-not out of respect for the trademark (even though we’re not selling) and the fact that ours doesn’t have a hole. We didn’t have a proper donut cutter so we used the top of a martini shaker instead. 😆 A big thank you to food52.com for the recipe.

As for Chef Ansel’s mini-Twitter rant, I understand why he’s upset. From what I gather, he’s a true artist, so all this unoriginality must be infuriating for him, especially since he seems so dedicated to his craft. But the fact is, aside from trademarking the name, there’s little else he can do. As far as I know, no one stole his recipe (which you can’t copyright by the way), and everyone appears to be more than happy to give him full credit for being the Cronut’s inventor. Everyone knows that you can’t beat the original anyway, so if he wants to put all these pretenders to shame by going global as Kevin Roose of the New Yorker suggested, then by all means.

And besides, he’s partly to blame for all these imitations cropping up, not to mention for the black market created by the scarcity of Cronuts. Bottom line, people want these pastries, but not everyone lives in New York. Even if you do live in the city, the chances of you getting one are slim, with an imposed limit of just two Cronuts per person a day, all of which sell out within the first thirty minutes of opening. Obviously, it isn’t enough.

If I were him, I’d forget about all these imitators and just be happy knowing that I created something that’s brought so much joy to people worldwide. Keep being crabby like that, and people may just start calling him the Cro-Nazi. 😆 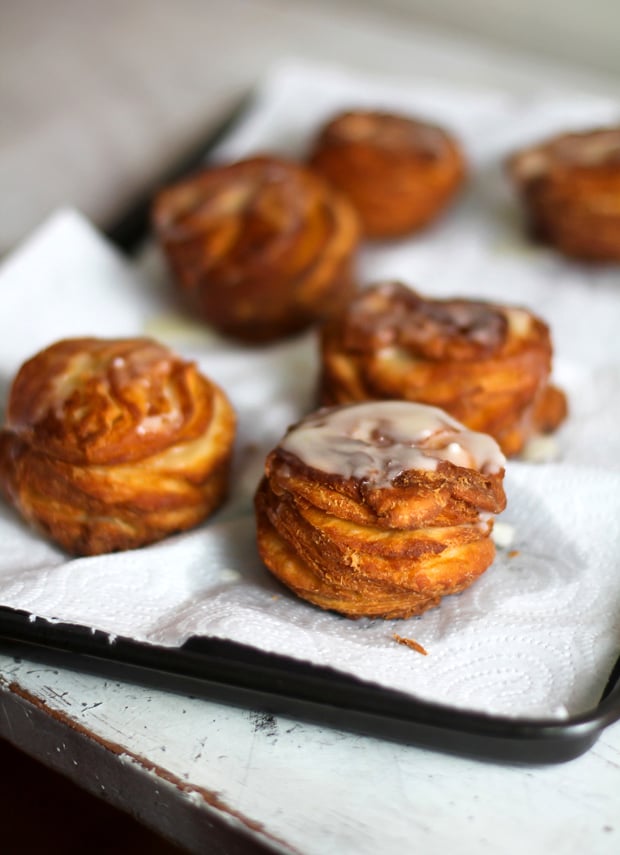 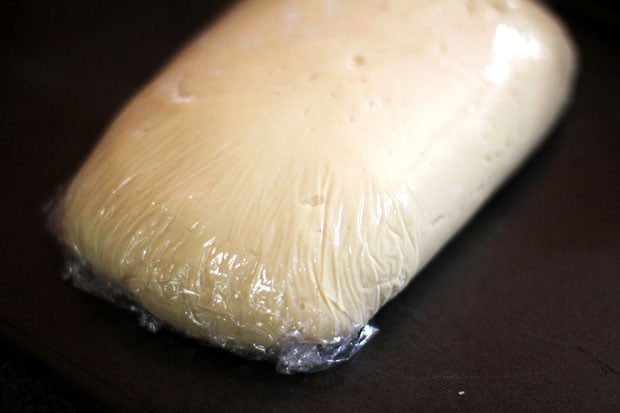 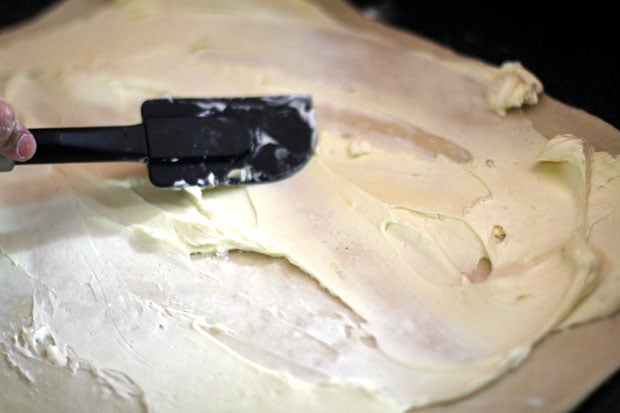 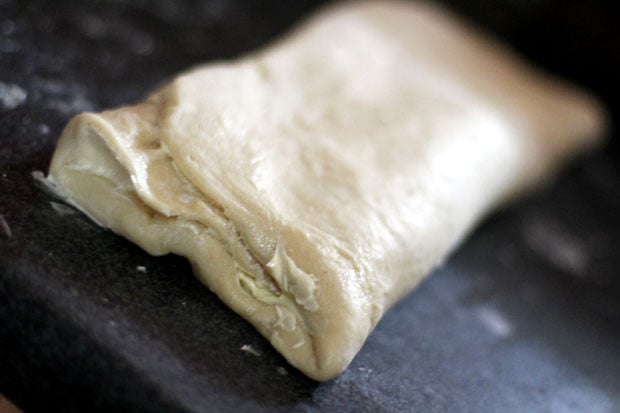 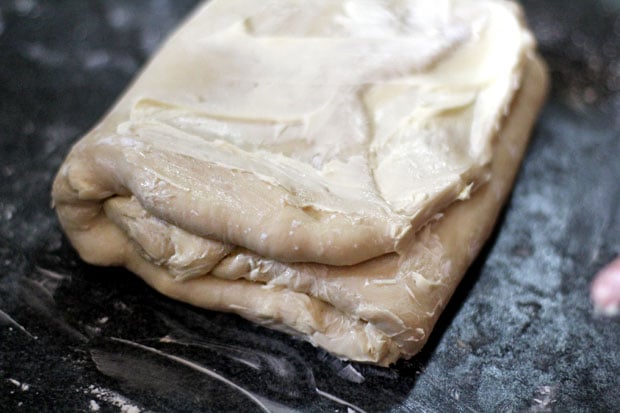 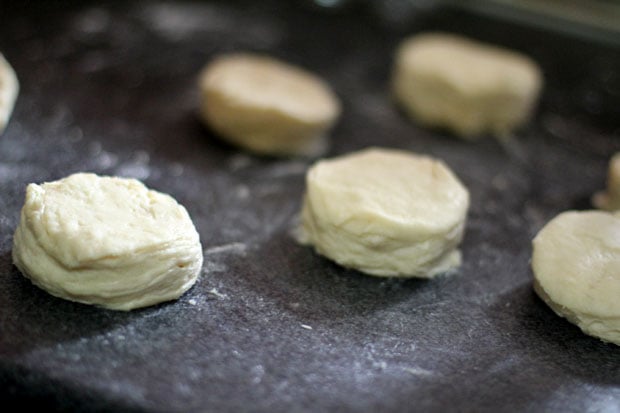 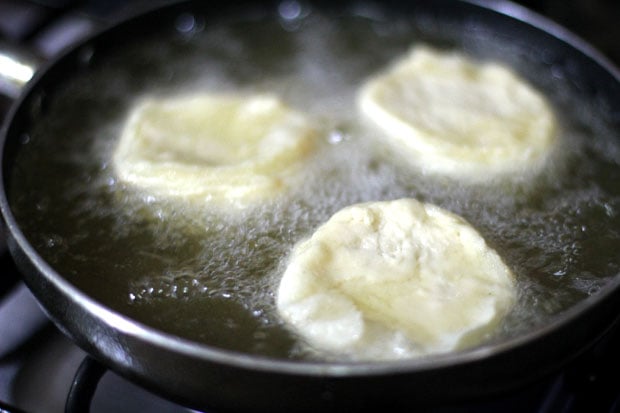 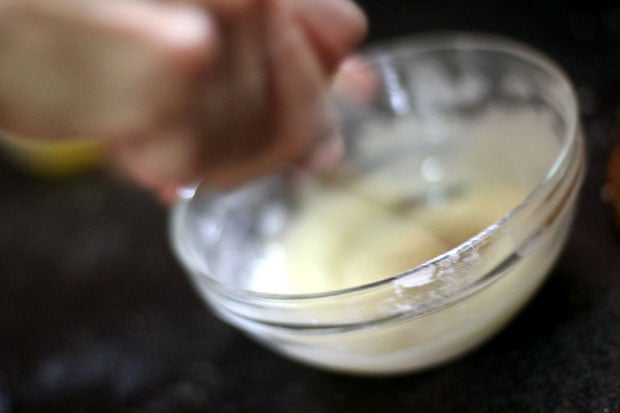 And voila! Meet the cro-not, the Cronut without a hole.

After trying this recipe, Ren learned a few things: A) It’s best to punch a hole to ensure even cooking, so don’t do what we did. Use a donut cutter. B) If you live in a warm climate like we do, work as fast as you can so the butter doesn’t melt. C) Let the dough chill in the refrigerator for 45 minutes between turns instead of 30. This will help firm up the butter a little more so it doesn’t ooze out so easily. 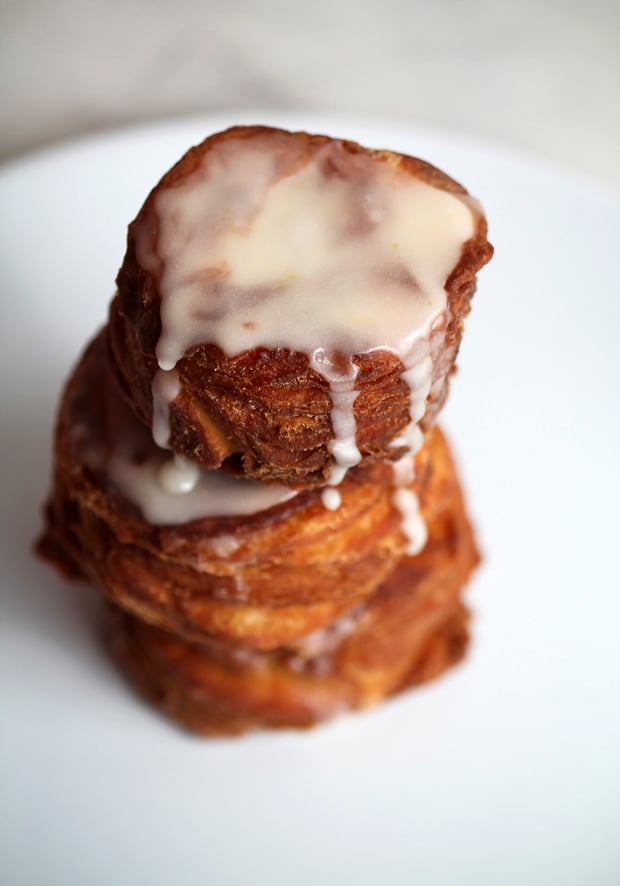 Pick your poison. A selection of spreads to enjoy with the cro-nots. 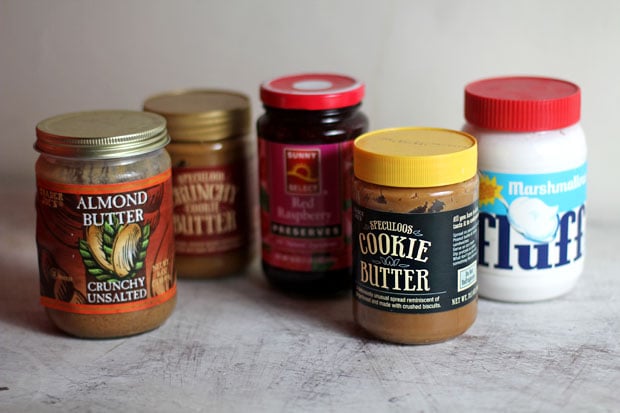 Started these yesterday and finished frying this afternoon. Everything worked out as planned but made a few tweaks. Instead of rolling them out to 1-2in, I rolled them out to 1/2-3/4in. Once fried, they expanded to about 2in. For cutting, I used a shaker and a narrow shot glass for the wholes.

Great Idea, I shared the link on FB page

Glad you enjoyed them Christy! We used a makeshift doughnut cutter for our next batch and they turned out great. It really helps with even cooking. :)

Thanks for the recipe! I didn't have a donut cutter either, so I just cut up the dough in 1" bites. I glazed half of them with a simple sugar glaze and the other half with a nutella glaze. Delish!

Hi Meridien, after frying and cooling, you can split it crosswise then just slather on the pastry cream! You can do it with a piping bag as well, so whichever method works better for you. Hope that helps. :)