To be honest with you, for many years, I had only been mildly enthused about the idea of visiting the Underground River in Palawan. Sure I had heard all the stories about how magnificent it was, that it was the longest subterranean river in the world, that Jacques Cousteau himself had visited it many years ago, even declaring Palawan to be the most beautiful place he’d ever explored.

But the fact of the matter is, I just wasn’t all that into cold, dark places that had the musky smell of damp guano. I had been a few times to Sumaging Cave in Sagada, and though I enjoyed it, it just didn’t have that life-changing, epiphany-inducing wow factor for me. I guess I’m more of a wide open spaces, rolling hills, bright blue skies kinda guy.

But then came the New 7 Wonders of Nature initiative in 2007. To even be considered as one of the seven most awe-inspiring natural wonders in the world was an honor in itself. Sure, the initiative quickly became a popularity contest, with many of the votes being driven by nationalistic support, but there undeniably must have been something truly magical about this place for it to be garnering this much worldwide attention.

And so came the much awaited announcement early this year. With the Underground River being officially declared as one of the 7 New Wonders of Nature, I was stoked, and I was convinced. I knew then, without a doubt, that a trip to the Underground River was something that I just had to scratch off my bucket list soon.

The longest navigable subterranean river in the world, the Puerto Princesa Underground River stretches for approximately 8.2 kms, though the tour will only take you as far as the first 1.5. 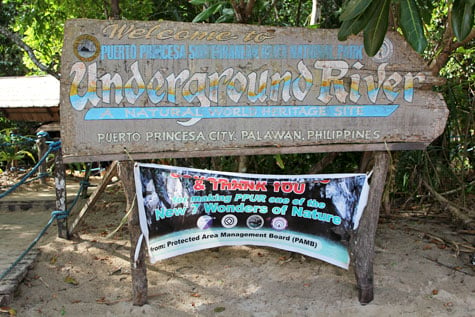 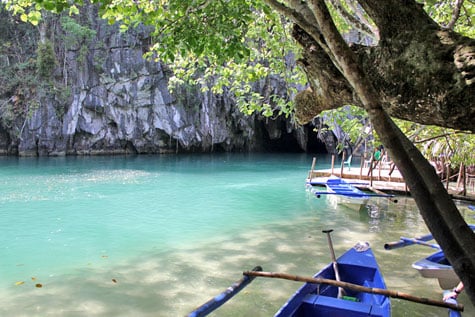 As expected, tourism to the Underground River has spiked. To manage the number of tourists, you’re required to secure a permit before being allowed to enter. Of the approximately 1,200 daily entry permit requests, only a maximum of 900 are granted, so if you can secure one in advance, either through your hotel or travel agent, that would be ideal.

Many tourists come without knowing this, and leave without seeing the Underground River. (like us, almost. CLICK HERE to read about it.) They’re very strict about this so you need to come prepared.

CLICK HERE for more information on how to secure entry permits. 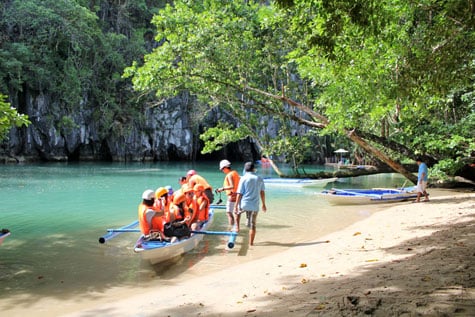 Entrance to the batcave. “Holy crap Batman! Those tourists don’t have permits!” 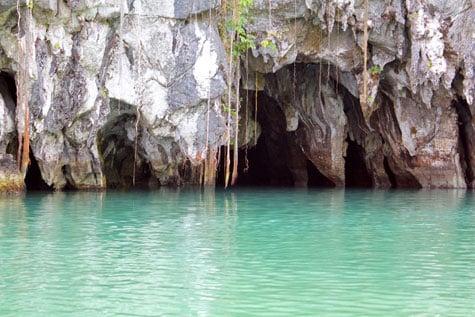 And into the belly of the beast we go… 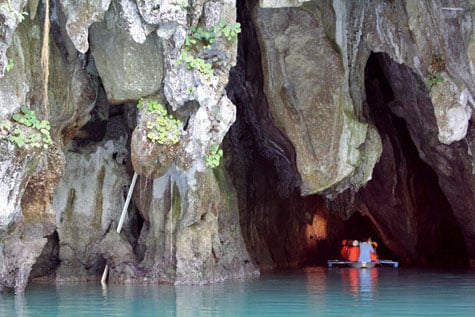 Before anything, I have to say that it was tough as hell, especially for an amateur like me, to get good pictures. It was pitch black inside, save for the small beam of light from the boat’s spotlight. On top of that, the boat was moving, making it even more difficult to get clear, unblurred images.

The big bounce flash I brought along was only useful whenever we were close enough to the cave walls or ceiling, which wasn’t often since many of the chambers were cathedral-like in their enormity, the highest ceilings estimated to be around 300 meters from the surface of the water. Amazing!

Simply put, the pictures below don’t do this subterranean river any justice. I do hope however, that they at least give you a sense of just how stunningly beautiful this underground network is, and inspire you to come see it for yourself. 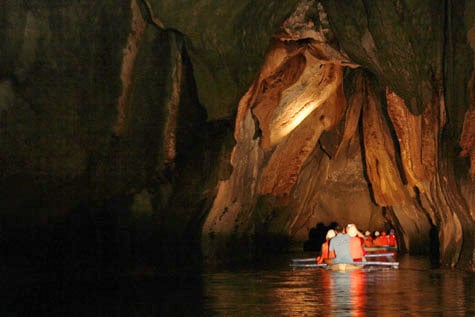 You can’t tell from the picture, but this obelisk-like stalagmite was massive, rising up, in my estimation, around 60-80 ft from the surface of the water. 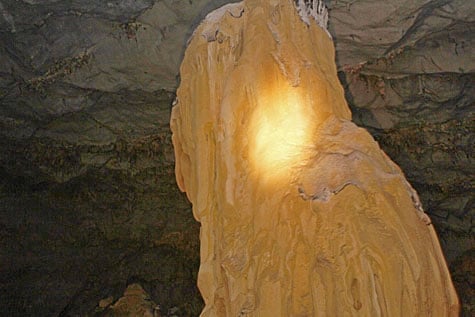 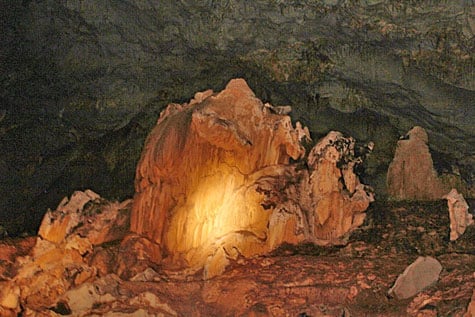 You get a sense in this picture of just how colossal some of these stalactites were. 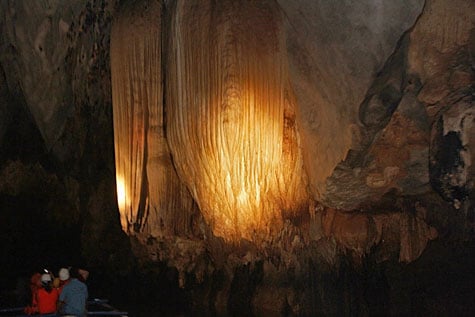 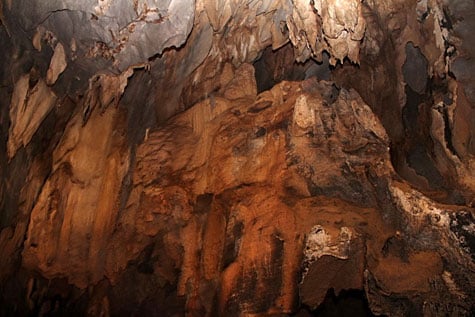 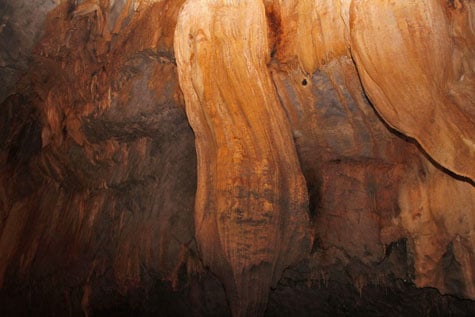 You can’t really tell from these pictures, but bats were hanging from…well, pretty much everywhere. 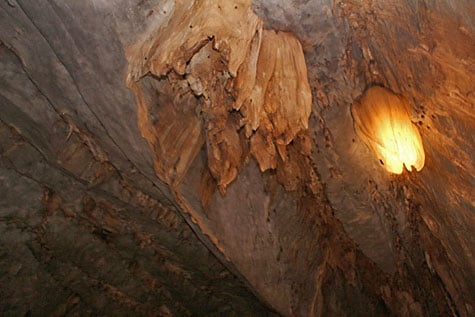 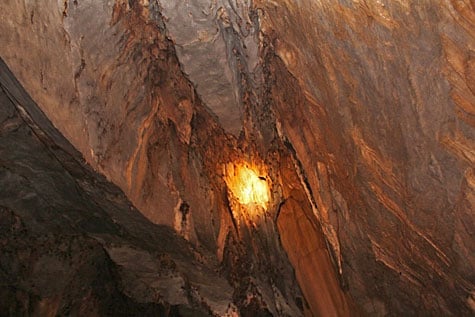 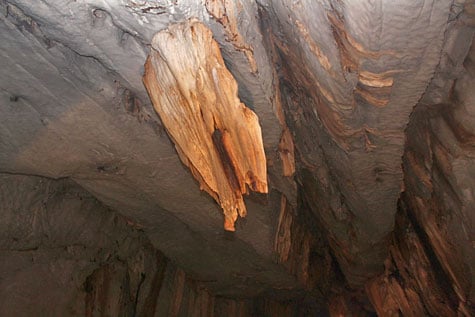 Do you see Jesus? 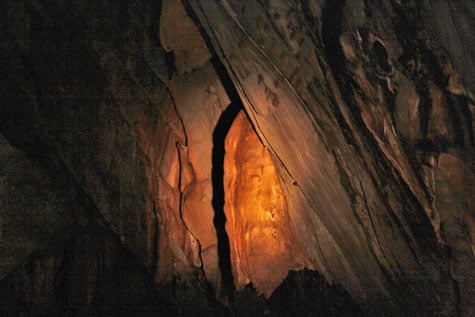 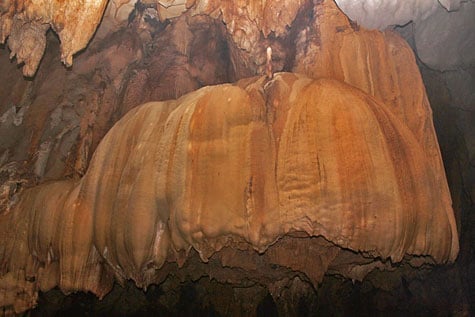 Droplets of water would fall from the ceiling from time to time, so be sure to bring something waterproof to protect your camera. 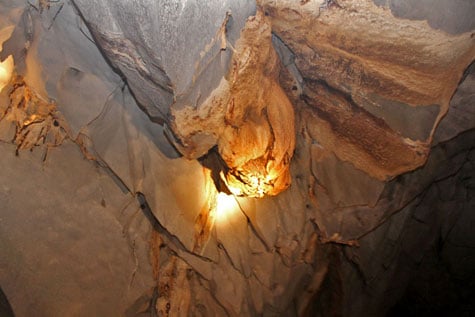 As if the Underground River weren’t awesome enough, you can walk a few meters after your tour to an open area with several Asian water monitors (Varanus Salvator) basking in the sun. I love reptiles and amphibians, even keeping a few as pets, so I really enjoyed getting close to and photographing these beauties. Adult water monitors can grow up to a length of 5 feet from snout to tail tip. 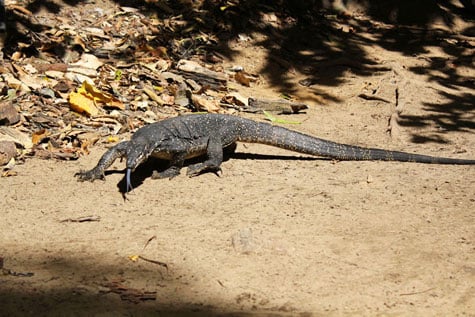 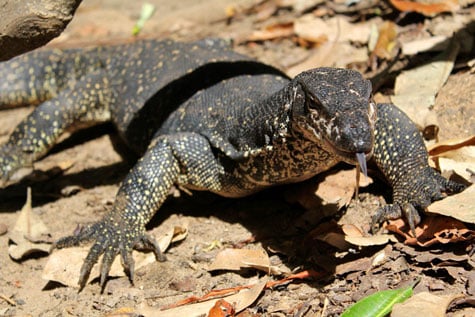 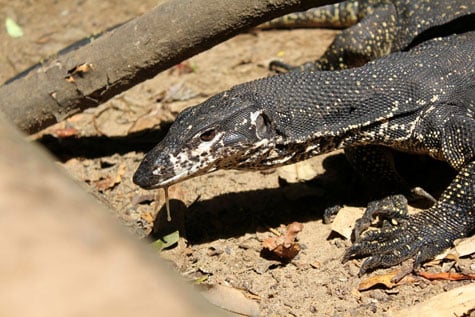 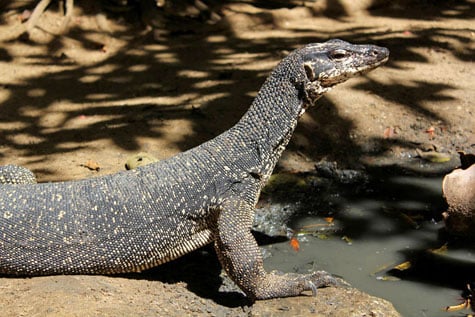 Was the Underground River worth it? Was it deserving of all the hype and praise? In a word, YES!

Though the aforementioned Sumaging Cave was more fun, simply because you could actively crawl, climb, and swim through the cave system, the Underground River was immeasurably more impressive and grandiose. With chamber after chamber of cathedral-like ceilings and massive speleothems, going through this subterranean network made you feel like you were visiting some ancient basilica, a place of worship formed by nature over a span of 20 million years. To put that in perspective, Christ was born a mere 2,000+ years ago. If that isn’t worthy of your awe and respect, then nothing is.