Dutch food is rustic and simple without many refinements.  The typical Dutch meal is comprised of many seasonal vegetables any little meat.  Dairy figures prominently in the Dutch diet which is relatively high in carbohydrates and fat. 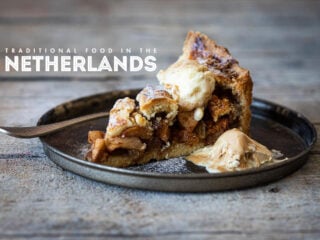 Food in the Netherlands: 12 Must-Try Dishes

Having grown up in the Netherlands (or Holland as it is also called) I always considered Dutch cuisine something that didn’t exist. Sure we had some typical Dutch foods like mashed potatoes with kale or endive. But that was as far as it went. Or so I thought.

Read More about Food in the Netherlands: 12 Must-Try Dishes